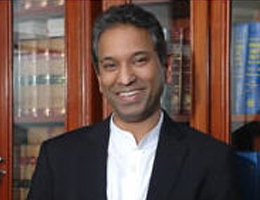 JC Our Head of Chambers Anatul Fateh (barrister Lincoln’s Inn 1983), based in London and Dhaka, was for eight years a banker in London (including a stint as a dealer). He subsequently was a consultant for London West End construction/ commercial solicitors Beale and Company (founded 1837), chief legal officer of KAFCO (Bangladesh’s ammonia/ urea multinational joint venture), in-house Counsel in bolero.net (an e-commerce trade initiative then affiliated to the global banking co-operative SWIFT), and sole project lawyer (on secondment from the Halliburton Group) for the construction of the Nigeria LNG Project (the world’s largest LNG project at the time, owned by a Shell affiliate) by the TSKJ consortium of four major firms. He wrote the globally-applicable conditions for the first electronic airway bill of lading. He has for an FTSE-100 company had detailed conduct over an extended period of Bangladesh’s largest ever dispute (in terms of amount at stake). Anatul speaks French